5 Ways a DUNGEONS & DRAGONS Movie Could Be Awesome!

Recently it has been reported that Warner Bros. has partnered with Hasbro to bring ‘Dungeons & Dragons’ back to the big screen. They have secured Director Rob Letterman (Goosebumps, Monsters VS Aliens) to helm the movie. Letterman along with David Leslie Johnson (Wrath of the Titans, Aquaman) will take care of scripting duties. In a post ‘Lord of the Rings’ & ‘Hobbit’ world, Fantasy movies have a higher bar to get over than the one that was set 16 years ago when the first ‘Dungeons & Dragons’ movie was released. Sadly the first ‘Dungeons & Dragons’ couldn’t clear the bar in 2000, so there is nowhere else to go but up. I briefly talked about my history and dislike for the films HERE, check it out.

Here are 5 ideas that could help Warner Bros. and Hasbro set themselves apart and make an amazing film or franchise out of a timeless classic.

Imagine a small hamlet. It’s small thatched roof buildings and homes stand in isolation amidst rolling hills of grass and grain. A small group of individuals ride into town after each of them has heard of a bounty on creatures that have preyed on the villagers when the sun goes down. Our heroes are all there for different reasons, and all come from different walks of life. When night falls on the small village, they must all band together to survive the night, collect their reward, and in the process become heroes.

A movie like this has worked so well many, many times before. The stage has usually been used in horror films but bend it a little to make it a fantasy setting. Not all fantasy needs to be “EPIC” or have the fate of the world at stake. Some of the best games I have ever played have been closer to horror in nature, using isolation and the quiet to garner scares. This formula would also work in a “dungeon crawl” type adventure that would place 80 percent of a movie underground. Just think of a movie that is made up of all the “Mines of Moria” scenes from ‘Fellowship of the Ring’, just longer. Yeah, sounds great to me too.

4. Adapt Some Of The Novels 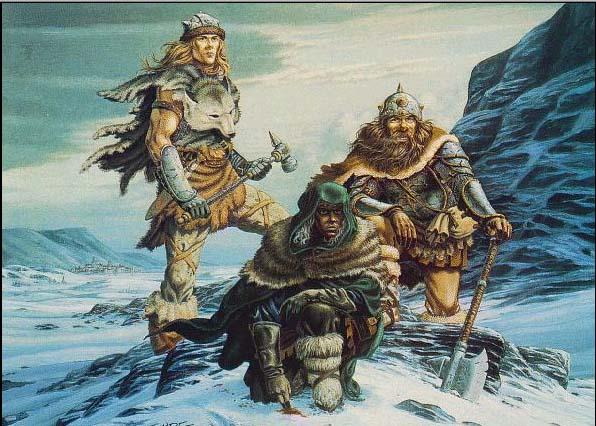 Remember the scenes in the directors cut of ‘The Hobbit: Battle of the Five Armies’ where the Dwarves used cool medieval technology to stop the Elven and Orc armies? Now imagine that in the close quarters of tunnels and caves, where small catapults and ballistas spring from the rocky walls to rain death down the corridors at advancing villains. Also take a moment to envision a group of Dwarves that dress in leather straps covered in spikes that drink an elixir to give them an unbridled rage slamming into the vile forces causing as much damage as they can. In between the gore and carnage, the graceful Drow know as Drizzit Do’Urden dances through the fray, bounding off the close walls, striking with his twin magical scimitars.

These are all scenes from a book series created by R.A. Salvatore that take place in the ‘Forgotten Realms’ world of ‘Dungeons & Dragons’ and Salvatore’s stories of the heroes of ‘Mithal Hall’ have covered dozens of books by themselves. Over the years TSR, now Wizards of the Coast, have created many worlds that have filled many niches in different genres. Everything from horror to space opera with ‘Ravenloft’ and ‘Spelljammer’ and apocalyptic to kung-fu with ‘Dark Sun’ and ‘Kara-Tur’ ,and everything in between has been covered. All of these worlds still have their feet planted firmly in ‘D&D’ with swords and spells but dip their toes into virtually everything else. The novels that call these worlds home have covered all types of themes and plot lines in their 30 plus years, so there are thousands of ideas to pick from. 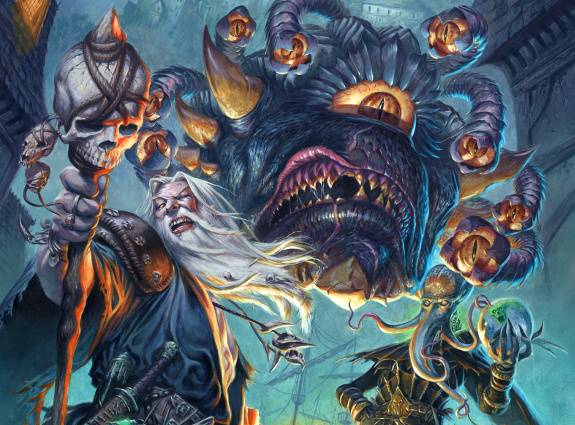 I know dragons are ‘D&D’s’ bread and butter (heck, it’s in the name) but they shouldn’t always be the end-all-be-all of every ‘Dungeons & Dragons’ movie. Don’t get me wrong, I love me some dragons. I even did a “Top 5” list on the best ones in cinema, but they shouldn’t be paraded out every time you need a “big bad” for a story. I get it, dragons are ancient, intelligent, and visually appealing. They can also be benevolent as well as malevolent with makes for a very three-dimensional villain, plus like i said they look cool too…and breath fire or ice or lightning…etc.

But there are tomes upon tomes dedicated to the vast amount of creatures and monsters that can inhabit the ‘D&D’ world you create. They can live on earth, swim in the water, or soar through the sky. Come from the depths of Hell or be a peaceful celestial. Forged from steel, be gooey ooze, or born from corpses of the fallen. Be a lowly parasite or a city destroying kaiju type. You think it, they have it, just crack open a ‘Monster Manual’ and open your hearts and minds to more possibilities. 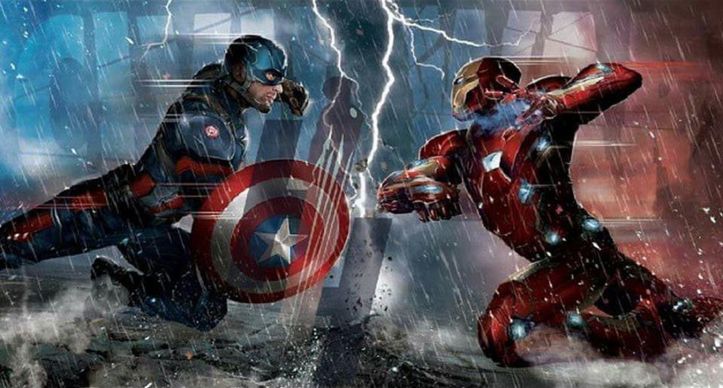 At this moment ‘Captain America: Civil War’ is a box office juggernaut. The reason it is breaking records isn’t just because of it’s cool concept. If that were the case people would have taken a little more kindly to ‘Batman V Superman’. The reason is because Disney took it’s time to give the characters hearts and souls and made us really like them. It was a long journey through many movies and within the same universe, but it’s been well worth it.

Imagine the same thing but in the fantasy setting of ‘D&D’. Make a couple movies, each with their own hero or heroes in different areas of the same world. Establish a villain or villains that they can build over time just like our heroes. Than place them all within a huge movie of “fate of the world” proportions. This is also the perfect time to pull out the big gun, dragons. 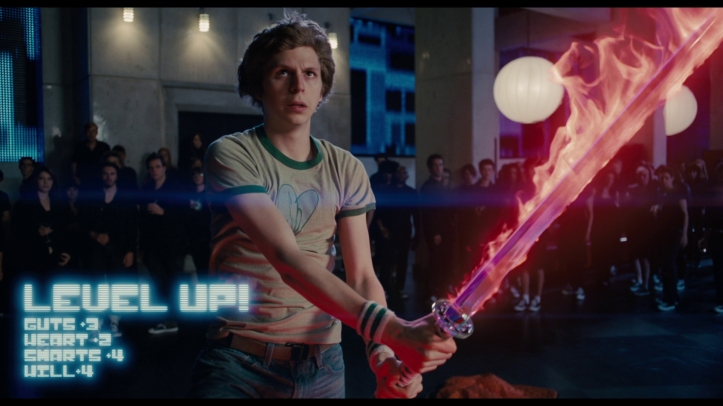 Our heroes are sneaking into a forgotten temple. In ruin and covered in vines, the temple is the perfect place for monsters to call home. While carefully keeping to the shadows and walking softly, one of our heroes trips. When they fall their armor clangs loudly on the stone floor, alerting the villainous vermin of our heroes whereabouts. Across the movie screen “Critical Fail” pops up, breaking the fourth wall and adding a dose of meta humor. Also you could add a 20-sided die roll across the screen showing a hit or miss check or make a “level up” epic animation that could also garner laughs.

Over the years players have developed their own terms and lingo to add humor to the game sessions. If presented in a way like ‘Scott Pilgrim vs. The World’, this could really add a dash of meta type humor that has also served the ‘Deadpool’ movie successfully. One of the issues with fantasy films is their stuffy seriousness. In some cases this adds laughs when none were intended. So inject some of the films with FUN. This formula also worked with ‘Guardians of the Galaxy’. Space movies have never really kept their serious tone while having a great sense of humor before, but the movie killed it and went on to be a blockbuster. Blend movies like this into a fantasy setting and you’ve created a unique movie that could pave the way to a beautiful future.