As the holidays lay in the distance behind us, like a gleaming jewel encrusted Shangri-La, it’s nice to stop and enjoy the moment I’m in right now. Things have been hectic recently and sadly I haven’t been able to write on my blog as much as I would like. There are so many toys, movies, and comics from my childhood I want to talk about and hopefully now after the new year I can carve out time more regularly to write about each and every one.

Like an early Christmas present, I received the Mystery Blogger Award from someone that I have quickly grown to respect and down right like, Mr. Michael J Miller over at the brilliant blog My Comic Relief. Michael hails from Pennsylvania, like myself and brings so much insight, intellect, and spirituality to anything and everything he writes about. My Comic Relief brings depth to every subject it tackles and Michael puts my idiotic ramblings, and dork torrents to shame. So it is such an honor to have an educator of young minds and all around cool hombre such as Michael read my posts, let alone nominate me for an award. Thank you. 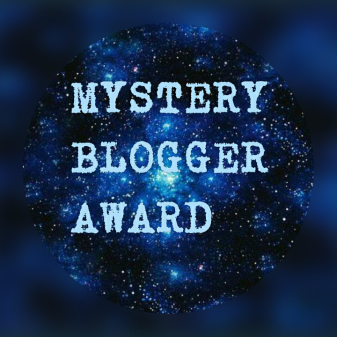 The Mystery Blogger Award was created by Okoto Enigma and as she says over at her site,

“Mystery Blogger Award  is an award for amazing bloggers with ingenious posts. Their blog not only captivates; it inspires and motivates. They are one of the best out there, and they deserve every recognition they get. This award is also for bloggers who find fun and inspiration in blogging; and they do it with so much love and passion.”

After reading that I wonder if he nominated me by mistake, lol. I’m absolutely floored by the nomination and humbled by someone that has been as supportive and insightful as Michael. So thanks to him and to EVERYONE that has made 2016 a fantastic year over here at My Side Of The Laundry Room.

1. Hi, my name is Rob. I’m 40, happily married, and have 2 great kids. My daughter is 4 (going on 16), and my son will turn 2 this month. The family I was lucky enough to have created with my wife means the world to me, the family I was born into…not so much.

2. I was a full-fledged dork by the time I hit 5th grade. I was playing D&D, reading comics, and lived and breathed the sci-fi/fantasy culture of the ’80s. Back than being different wasn’t applauded and comic book/Sci-fi culture wasn’t mainstream, so I was bullied a lot. I remember having my Spider-Man vs. Wolverine comic being ripped apart in front of my face by a group of “cool” kids, being punched in the face because I had a Wolverine t-shirt on in middle school (it was a sweet one too), and generally being an outsider until I found others of my ilk in high school. But no matter what I was always true to myself and never waivered from being a true-blue dork through and through. Only recently I’ve had to take a step back from the collecting or purchasing side of being a dork to focus on my one real priority, my family. 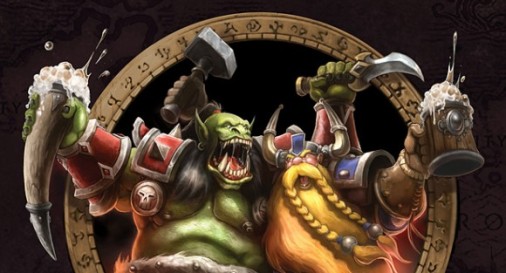 3. Andy Warhol once said “In the future everybody will be world famous for 15 minutes”, well I had my 15 minutes but it was far from worldly. I guess you could say I was locally known for a couple years around 2002 to 2007. I was the Brewmaster of a local micro-brewery and as we all know alcohol allows you to make friends quickly. It was cool to see my name in print in the brewery magazines and travel around to bars all over Maryland and be instantly cool, after spending most of my life being not cool. More than anything I miss the science and creativity that came along with the job. Like all good things, the company grew too big too fast and the owner couldn’t balance everything. I was the sole employee and sadly the doors shut. I still have nightmares about finishing kegging, brewing, and making tap handles in time for delivery.

My 5 Questions to Answer:

1)  If you were a superhero in real life, would you let anyone in on your secret?  If so, who?  Why? 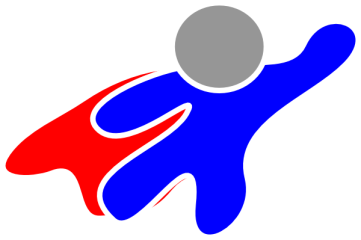 Great question to start with. Sadly I am too much of a dork to have a simple answer. I think it all depends on a couple of factors. If I’m a superhero with enemies I would only share it with people if there was no other choice, and I mean shit has gotta be bad. If I had a power that was easily exploitable or had severe consequences when used, I would do the same as well. But if I was an unstoppable and untouchable juggernaut like Superman I wouldn’t feel the need to have a secret identity. But the world of superheroes are made up of more than just those with superpowers. If I was a masked vigilante, an average Joe, I wouldn’t tell a soul unless it was life or death.

I don’t even think I would tell my wife. Either it would put her and my kids life in danger or she would make me do domestic work around the house with my super powers. “Well, if you can save a bus full of nuns you can paint the house”, “Oh, you can fly to New York to stop an explosion but you can’t go to Wal-Mart to get diapers?”

So in a nutshell, I wouldn’t tell anyone unless I absolutely had to. And if I did those people would have to be very close to me or have something I need in order to survive (like health care).

2)  Where would you go if you had a two week, all expense-paid vacation to anywhere in the world? 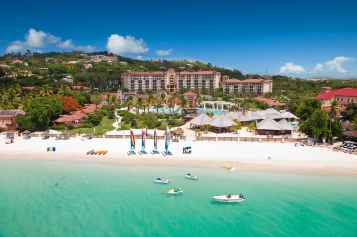 Depends if the two weeks can be broken up into to different legs of the trip or if it’s two weeks at one location. And if all expense-paid includes shopping, I would go with my family to Disney World.

If the two weeks can be broken up we would spend a week in Disney World  and than (either with kids or without) spend a week at an island resort. Anyway, a break from the doldrums of normal life would be nice.

3)  Regardless of whether or not you actively enjoy doing karaoke, what is/would be your go-to karaoke jam?

I’ve never done Karaoke before and honestly don’t plan to. But I know if my kids want me to I’ll be more than happy to humiliate myself. Hell, I played Rock Band with 3 very close friends, tried my hand at singing and almost had a heart attack. The thought of doing it in front of strangers….lets just say it would be BAD!

But if I ever would, I would pick Phil Collins’ “In The Air Tonight”. My reason, it’s one of the best songs EVER!! Nuff Said!

4)  Who would play you in the movie of your life?

Oh, they would have to use CGI to replicate my Adonis like features and physique. Just joking…a lot.

I posed this question to my wife the other night with hope in my heart that I would fall somewhere near one of her three actor crushes. Channing Tatum -Nope, Charlie Hunnam -Nope, or Jensen Ackles -Nope. Nah, I was told that the actor that resembles me the most is Seth Rogen. I was really hoping for an actor in the “dreamy” category, but I was told we are both cute…ugh. 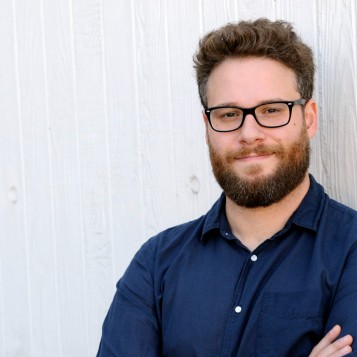 FILE—In this Oct. 13, 2014 file photo, actor/co-writer and co-director, Seth Rogen of the film “The Interview,” poses for a portrait in Los Angeles. After a devastating hacking attack on Sony Pictures and threats of terrorist attacks when The Interview was set to open in theaters on Christmas Day, Sony canceled the release of Rogens film on Wednesday, Dec. 17, 2014. The real-world geopolitics that initially served as fodder for parody for The Interview have upended one of Hollywoods biggest holiday releases. (Photo by Chris Pizzello/Invision/AP, File) 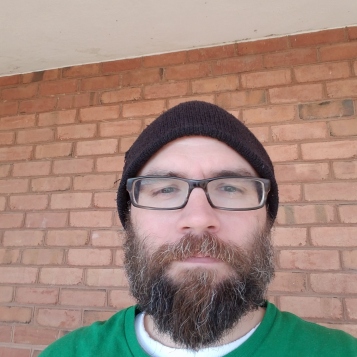 I do have to agree to some extent, except that he probably smiles more than me.I think he would punctuate the story of my life with more humor than I can muster and take down all the uppity people I have to deal with, with rapier sharp wit. Also it should be a part that would be easy to pull off, boring but easy. I think it would be fun to watch my life with a smokey haze around it, lol.

5)  If you had to have a talking animal sidekick for the rest of your life, what would it be?  Why?

This question is not weird at all. In D&D I have played a Ranger from time to time, so this is a question I have asked myself before. Sadly, it doesn’t make it any easier to answer. Again, as an over analyzing dork I can’t just have one answer.

If I had to pick from only the real world, I would pick an owl I think. I still love me some Bubo from Clash of the Titans (the good movie, 1981) and Harry Potter. But I think I would like him to look like The Great Owl from Secret of NIMH and have a thick, noble British accent. 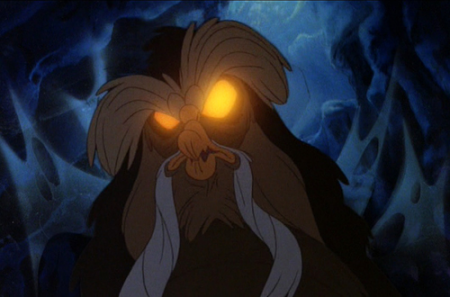 As far as fantasy creatures…that is really hard but I’m gonna go with a discussion I had recently. Just recently my daughter and I discussed the awesomeness of living in a “Pokémon World” and I came away with a lot of thoughts of how bad ass it would be to be a Superhero or Supervillain Pokémon trainer. Or just the real world implications of having creatures that can shoot energy blasts and have razor sharp claws…and don’t get me started on the legendary Pokémon that are essentially demigods. So at this moment in time I would choose either a Pikachu to be a buddy, or a Hawlucha cause he’s cool, or a Greninja because I really grew to like him in the Pokémon XY series. 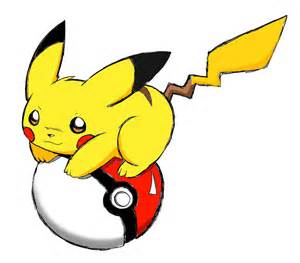 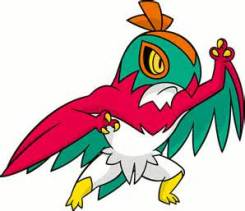 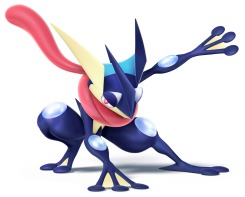 To be honest, this is the hardest question I’ve ever had to answer because there are a ton of D&D creatures, Star Wars creatures, mythical creatures, and general awesome critters in this world and in the world of fantasy to pick from. Damnit…thanks a lot Michael (lol)!!

Again, I’m an extreme introvert so it’s always been a tad hard for me to reach out and communicate with other bloggers. One of the biggest things I’ve started to overcome is actually having conversations with some of the great people I’ve met doing this whole blog thing. These are some of the coolest blogs I’ve been following, even if I’ve been to shy to tell them.

2. There Has Been An Awakening

5. Views From The Sofa

My Questions to You:

1. What is the greatest advise you have ever been given? By whom?

2. Is there anything you feel like you’ve been a fan of before anyone else?

3. If you could live in any fantasy setting from movies, comics, literature etc…., where would it be? Why?

4. If you had a time machine but it could only travel within your history, where/when would you go?

5. (The weird one) What’s your favorite Mickey Rooney movie/role? 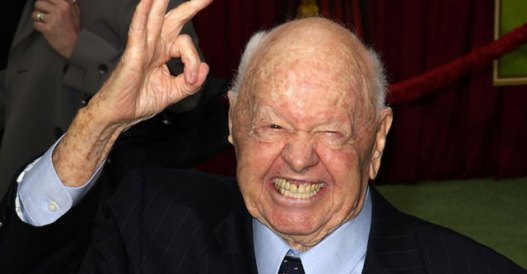 And, Some of my Best Posts:

I’m going to pick the two most recent ones where I had the most fun. I’ll save some of my others for my anniversary celebration in February.

The Brief But Magical Life Of Dungeons & Dragons Toys – Part One. 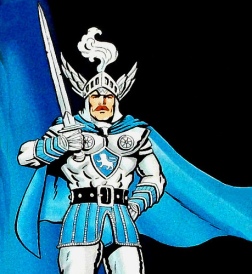 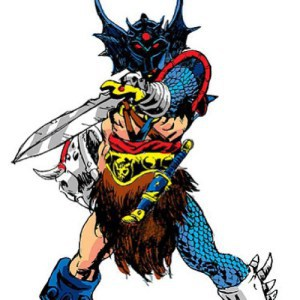 Thanks again to Michael J Miller at the awesome blog My Comic Relief for the nomination. Can’t wait to read more great post from you in 2017 and congrats on your milestone of hitting 100 posts.

I’m also excited to see what everyone else has in store for 2017. Thank you all for the support and positive vibes!! 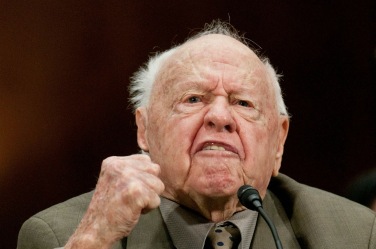