A Gargantuan Thank You To Graphic Novelty²

I had a lot to look forward to yesterday. Well, maybe not a lot but something big…seeing Logan. See, going to the movies has become such a rarity for me over the last few years – or seeing movies in general for that matter – it seems that I only venture out to see Star Wars films. So when a friend of mine I used to game with mentioned that he was going to see Logan, my wife surprisingly gave me the go ahead to tag along. It goes without saying that I was resistant to what this movie was selling but long story short, Logan is awesome, bloody fun with a side of BIG feels. 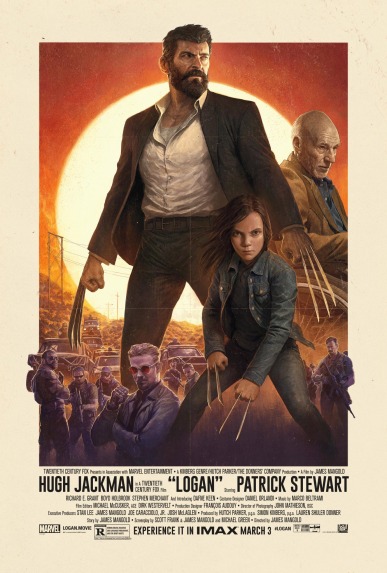 What made the day even more special was getting a heaping pile of praise from some awesome ladies in the community I have found myself in. When I started this whole blog thing I had zero intentions of ever being part of a of community, let alone making friends. My whole intention was just to spew my nostalgic laden nonsense and get out like a thief in the night. Little did I know that people would actually like my silly posts and I in turn would love their awesome, well crafted, and well thought out posts. So after a whole year of doing My Side Of The Laundry Room I feel that I have made some wonderful and magical connections to some pretty wonderful and magical folks.

Some of those folks are the terrific ladies over at Graphic Novelty² . Nancy (or Dr. McKay  as she’s known nowadays)  and Kathleen are two of the most wonderful people I have met in this warm and inviting community. These two kickass librarians deliver some amazing content with their YA book reviews, graphic novel/comic book reviews, and their all around geeky tidbits. If by some slim chance you haven’t checked them out already, please make your way over to Graphic Novelty² .

The heaping pile of praise I mentioned above is some of the best I have ever received, EVER! Here take a look…

Rob @ My Side of the Laundry Room takes us back to the 80’s with his great posts about games, movies, cartoons and memorabilia of that era. He highlights forgotten gems, and his fond reminiscing make for a epic site.  He could give Parzival in Ready Player One a run for his money!

WHAT!?! Wow (or W.O.W. if your keeping score), I am so honored to be compared to one of literacy’s greatest ’80s pop culture aficionado heroes written by one of the world’s biggest ’80s expert, Ernest Cline. Ready Player One is one of the most popular books amongst us dorks…and almost everyone else, so there is major gravity to the comparison. Of course it being me, the high level of praise comes at the price of now being scared S#!tless that I’ll drop the ball…or at least choke! No matter, it is a great (one of the greatest) honor and I humbly thank you from the bottom of my heart. I also want to thank Graphic Novelty² for being the first to nominate me for an award. In November they nominated me for the Sunshine Blogger Award and I’ve been eternally grateful ever since.

Thanks again ladies. It is always so special when such wonderful words of praise come from people you respect. You both have such an awesome site. Keep up the great work!