Classification: The “Black God” of European lore and the Devil of the Disney Universe. 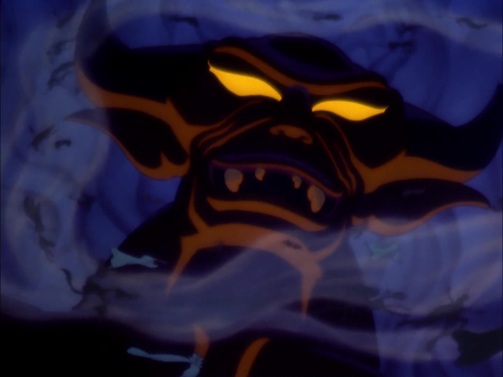 In the Slavic language Chernabog translates to simply Black God. He is the counterpart to the Light God Belobog. The earliest know text pertaining to Chernabog dates to the 12th century. In this text written by German priest Helmold, he talks about customs and beliefs of several Slavic pagan tribes that worshipped Chernabog along side Belobog. The belief held was that “all propitious fortune is arranged by the good god, adverse, by the bad god”.

Chernabog is featured in the “Night on Bald Mountain/Ava Maria” segment of the 1940 Walt Disney Film Fantasia. Showcasing the music written by Russian composer Modest Moussorgsky and  Austrian composer Franz Schubert. In Fantasia, Chernabog is portrayed as a mountain sized, winged demon who is born from the mountain itself and summons countless minions to dance and sacrifice themselves into the fires. The sequence showcases the animation of Vladimir Tytla and the style of Kay Nielsen, as well as the longest shot ever produced in the multi-plane camera (in the procession). 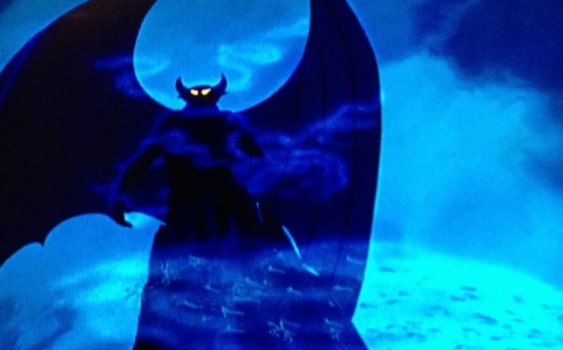 Moussorgsky composed “Night on Bald Mountain” (or “Night on the Bare Mountain”) as a “Musical Picture”. The picture Moussorgsky painted aurally was that of Warpurgis Night -or the Witches’ Sabbath on St. John’s Eve (which also happened to be the night he finished “Night on Bald Mountain”, June 23, 1867). In the Fantasia segment, Chernabog ushers in the Witches’ Sabbath with summoning demons, ghosts, hags, harpies, and other monsters and spirits. Over the course of the song, Chernabog tosses the creatures into the fiery pit beneath him as offerings. 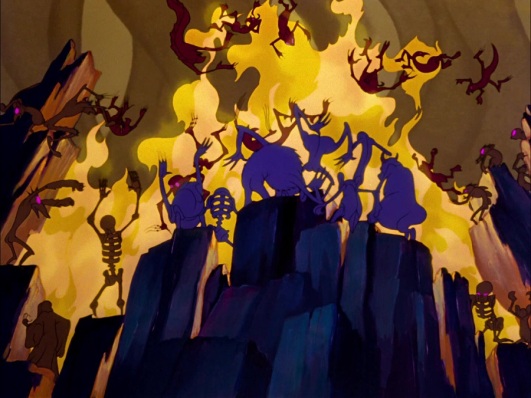 Demons, ghosts, and harpies swirl around Chernabog as he looms over a sleepy  village at the base of Mount Triglaf, near Kiev in southern Russia. As the music swells, so does Chernabog’s strength as more and more creatures offer themselves up for sacrifice. Then suddenly bells toll in the distance as the first rays of sunlight pierce the darkness. Schubert’s Ava Maria begins to play as the creatures retract into the shadows and the dark corners they call home. Chernabog encases himself in his wings and becomes the mountain once more. Townspeople begin to walk in a precession with lanterns in hand, basking in the light of Belobog.

Since his appearance in Fantasia, Chernabog has become the poster boy for the most evil and vile of Disney’s villains. In recent years he has been portrayed as the baddest of the bad in some of Disney’s cartoon shows and video games. In the Kingdom Hearts series of games he has been a boss villain and in the House of Mouse TV series he is the one the other villains fear. 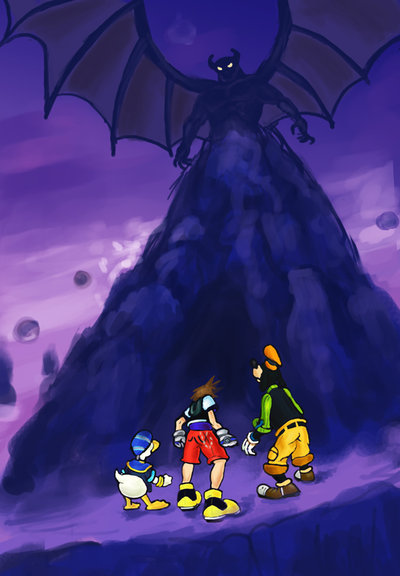 There is a good bit of merchandise for Chernabog that ranges from T-Shirts to POP figures. 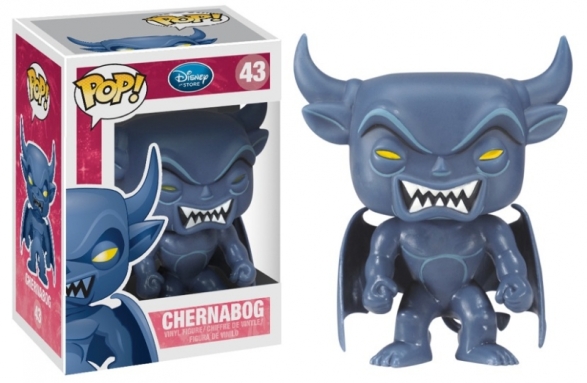 This past week I’ve been on a real Disney kick as I plan my family’s first visit to Disney World this year. Sadly you have to plan months (6 months in this case) in advance to make sure you are able to do what you want to do while there. With so much excitement built up and no outlet to focus it (like I said, 6 months away) I thought I would cover one of the few “Monsters” in the Disney vault. Sure there have been a fair share of monstrous creatures in the land of Disney but most have a heart of gold…what’s the fun in that? 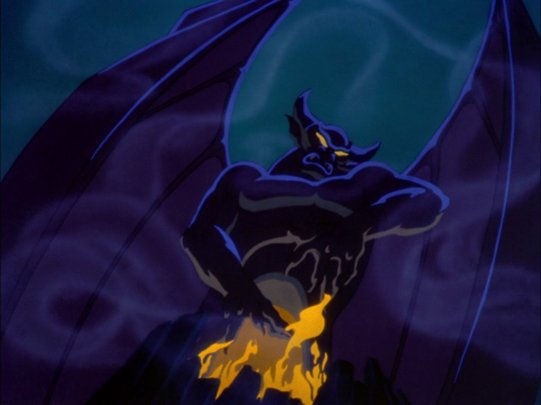