Classification: A haunted or monstrous umbrella known to be either helpful or deadly.

The concept of Yōkai has always amazed me. Yōkai are a class of supernatural monsters, spirits, and demons in Japanese folklore. According to the ancient ideas of animism, a spirit-like being called a “mononoke” among other things was thought to reside in all things. It was believed that these spirits possessed various kinds of emotions, and if the spirit was peaceful, it was a nigi-mitama that brought about good fortune such as a good harvest, and if the spirit was violent, it was an ara-mitama that brought about ill fortune such as natural disasters and illness, and the ritual for converting ara-mitama into nigi-mitama was called the chinkon (“the calming of the spirits”). One’s ancestors, other well-respected people, and sometimes even nature and animals depending on the area were considered nigi-mitama that became protective gods that received worship.

A subclass of Yōkai called Tsukumogami are spirits that live inside of tools or useful everyday objects. When these items become discarded, damaged, or mistreated the spirits can become resentful, angry, vengeful, or sad. There are many tales of simple inanimate items that have become animated and anthropomorphized to the point of growing limbs, eyes, mouths, and other human features.

One of these Yōkai is the Kasa-obake (Kasa – parasol or umbrella, obake – shape shifting/spirit). The Kasa-obake was my first introduction to the “other side” of Yōkai, the mundane side. Sure, I was familiar with Yōkai like the Kappa, Baku, and Tengu which are all what you’d expect from traditional monsters and creatures from myth and folklore, but I had no idea that the Japanese culture (at one time) viewed virtually everything around them with a healthy dose of superstition and respect because monsters and spirits can dwell anywhere. This is a trait that I’m envious of and I can only wish to have that much respect for the world around me.

Anyway, back to the Kasa-obake. The Kasa-obake is one of the most famous of the Tsukumogami spirits. They frequently appear in legends and caricatures, and as opposed to how they are a yōkai that is unusually well-known, they do not appear in any eye-witness stories in folklore at all, and it is not clear what kind of yōkai they are. Literature about them are not accompanied by folktales, and thus they are considered to be a yōkai that appear only in made-up stories or exist only in pictures. 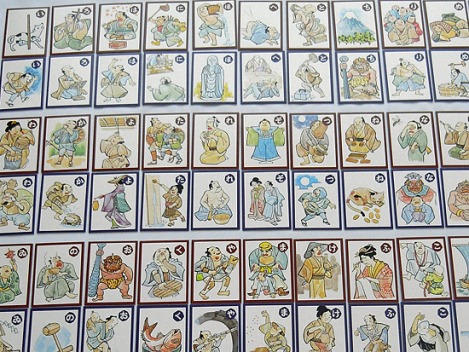 The appearance with one eye and one foot was seen from the Edo period (1603 to 1867) and onwards, and in the Obake karuta (karuta – playing cards) made from the Edo period to the Taishō period (1912 to 1926),  Kasa-obake with one foot could often be seen. In the Yōkai sugoroku (sugoroku – a type of board game) “Mukashi-banashi Yōkai Sugoroku” the Ansei era (1854 to 1860), a Kasa-obake was depicted under the name “One-footed from Sagizaka. Among the many non-living or still object Yōkai depicted in the “Hyakki Yagyo Emaki,” -or- “Parade of a hundred Yōkai”, only the umbrella Yōkai can be seen to have remain well-known even after the Edo period, and it is said to be the most well-known Yōkai of an object.

The Kasa-obake is your typical ghost like character that enjoys scaring people and is mischievous. Other stories have told of an umbrella Yōkai, in the Higashiuwa region, Ehime Prefecture, that would appear in valleys on rainy nights, and those who see it would cower and not be able to move their feet. Also, in Mizokuchi, Tottori Prefecture there is a yōkai called yūreigasa (ghost umbrella) that has one eye and one foot like the kasa-obake, but it is said that on days of strong wind, they would blow people up into the skies and they were never seen again. 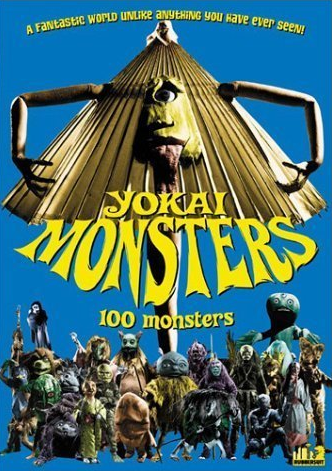 The Kasa-obake has lived on in popular manga, anime, video games, and movies. My first exposer to the Kasa-obake was in the 1968 movie “Yōkai Monsters: One Hundred Monsters”. Directed by Kimiyoshi Yasuda (known for directing some of the classic Zatoichi movies),  “Yōkai Monsters: One Hundred Monsters” was the first part of a trilogy of movies that had the Yōkai as the heroes of the story. It’s as good as a movie from 1968 can be, which means…it’s awesome. The entire movie is populated with some of the more bizarre creatures and monsters from Japanese myth and folklore and they’re presented in the best way possible with glorious practical effects.

Speaking of practical effects, here’s a Kasa-obake in a movie from 1957 called “Ghost Stories of Wanderer at Honjo”

In 2005 Takashi Miike made a very loose remake of the Yōkai trilogy called “The Great Yokai War”. Also taking elements from a manga series titled, “Kitarō of the Graveyard”,  “The Great Yokai War” was a children’s fantasy movie were the Yōkai are helped by a young boy to stop the villain from turning the Yōkai into soulless machines. 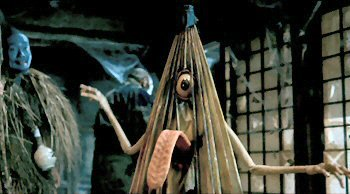 Kasa-obake has made many appearances throughout the years… 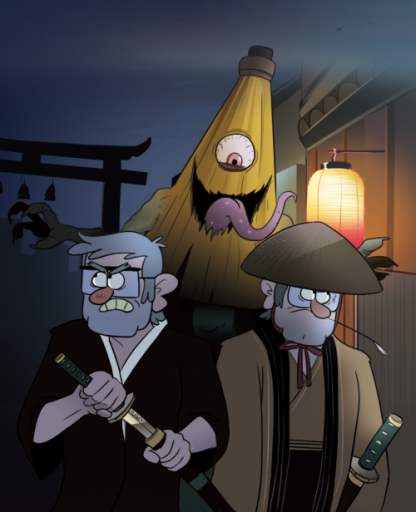 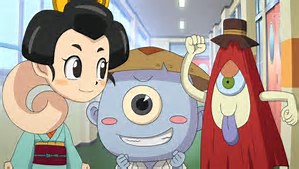 and now in your hearts…

To See What Else Could Be Under Your Bed At Night,

Check Out Some Of The Past