Growing up in the 80s we had so many great and timeless toys. We were blessed to have hundreds of unique and imaginative toy lines. The toys also spawned awesome cartoons and in some cases awesome cartoons spawned great toys. The same goes for movies, video games, comics, coloring books…the list goes on and on of how lucky we were to be so immersed in our playthings. It’s probably the biggest reason a lot of us are still so obsessed with this time period in our lives.

But even after the thousands and thousands of products that were made throughout the 80s, they missed a few that should have been cast into plastic and allowed to live forever. Some were one-off characters or things that appeared only once in a cartoon or comic but captured our imaginations, while some were staples that appeared a hundred times and should have been in our toy boxes.

Here is a list of 5 Toys I Wish They Made In The 80s. They appear in no special order and this is only the beginning… I mean I could do two whole lists on stuff G.I. Joe and Transformers should have made… 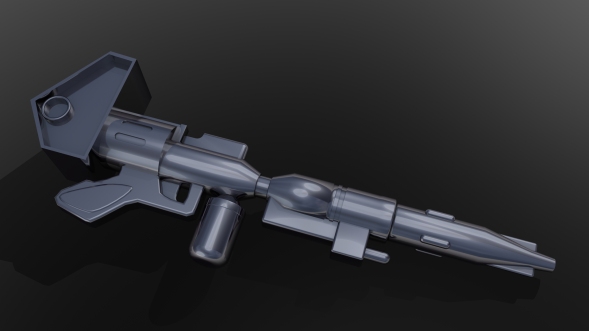 In the 80s we were not strangers to some very outlandish and sometimes eerily realistic toy guns. With so many no-name hand cannons on the market it seems like a no-brainer 30 years later to think that the Transformers should have gotten their own line of water guns, foam dart launching, or just plain normal sound effect toy guns.

Hell, why stop there? A lot of the main characters had unique guns, swords, and other accessories that would have been awesome to have in “real life”. I could honestly do a whole list on cool Transformers “role play” toy ideas. And here’s a novel idea, just because they’re called Transformers it doesn’t mean all the toys need to transform. When they have attempted Transforming weapons (not just Megatron) they either look goofy or are all loosey goosey because of all the joints. A normal hunk of plastic would have been good enough.

Standing around 25 feet tall, the Sentinel was as large as it was deadly as it had  monstrous strength and could breathe fire. For as menacing as the Sentinel was, it met its match when it went toe-to-toe with the Palace Guardian, a large stone construct that became animated by a triggered booby-trap. Finally, the Sentinel fell when it was covered in magnetized mines that exploded and destroyed the robot (which creeped me out for some reason as a kid).

I guess since the first two mini-series’ of the G.I. Joe cartoon were made to sell the toys that were released already, it would be silly for Hasbro to make even more right-off the bat but how cool would it have been to have this huge robot in your collection. An awesome toy like that was prime for cross-over action as it could have attacked He-Man, Luke Skywalker, and Optimus Prime. Wow, what could have been.

(I know there was a kickstarter to try and get this made but sadly it was shutdown due to copyright issues.)

I know, I know…I’m probably the only person ever to want a Gorax toy. But just imagine have a 12″ Gorax figure to fight the Rancor, attack the Ewok Village playset, and lock other Star Wars figures up in a wooden cage.

Also as a bonus he could go toe-to-toe with any other figures you have like Lion-O, He-Man, or Snake Eyes. Sounds like a win/win to me. Add some life like hair and a comb and you could have also sold it to the Barbie crowd.

Seriously, I just like the Caravan of Courage…no, seriously.

Heck even a newer version with a bandoleer of Storm Troopers would be kickass. 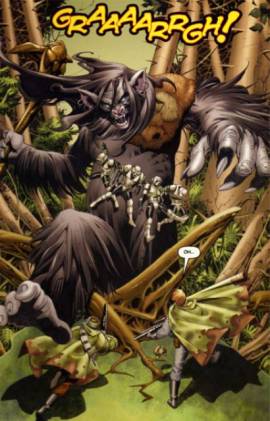 4. Galtar and the Golden Lance

There is an obvious choice I could have made when it comes to 80s fantasy cartoons that needed a toy line, but I’ll save that for another day. Today I want to talk about the short lived cartoon Galtar and the Golden Lance. Airing only 21 episodes between 1985 and 1986, Galtar was Hanna-Barbera’s answer to He-Man. Blond hero. Check! Alien-like fantasy world. Check! Hero raises weapon to sky and gains “power”. Check! (but honestly I always got a more Thundar like feel from Galtar.)

With so many toys out on the market that had a similar feel (see, The Other World toys), it’s surprising that we never got this toy line. 21 episodes be damned, we got bigger toy lines from shorter shows. Who am I kidding? I really just wanted a fully articulated Thork, Galtar’s trusty steed. Heck add some light up features to Galtar lance/swords and Princess Goleeta’s shield and you have yourself an awesome 80s toy line.

5. Jayce and the Wheeled Warriors

To be fair the Wheeled Warrior toy line from Mattel were great toys but sadly they only reflected half of the awesomeness of the cartoon series that was based on it. The toy line was 100% built about the vehicles and their added weapons and accessories. A small figure that measured around an inch tall could be placed in the cockpits or behind the wheel of the vehicles but they lacked any detail and were very generic. The plant based villains, The Monster Minds  didn’t come with any drivers to reflect the fact that they were living vehicles hell-bent on destruction.

The show Jayce and the Wheeled Warriors needed to flesh out a back story on these vehicles and it did so gloriously. The hero Jayce was searching for his father in a galaxy that had been taken over by the Monster Minds. Jayce had a very colorful and creative supporting cast that included a wizard, a comical but cool suit of medieval armor, a Han Solo like pilot, and a human-like plant girl with here flying fish pet. While these all would have made great action figures the Monster Mind villains would have made great figures as well. The villains were grotesque and grand and each had the characteristics of the vehicle they turned into.

I know the price would be crazy expensive but imagine if they would have made these figures 3 4/4″ (albeit more unique than a basic Joe figure) scale with vehicles. Also add some of the unique alien species they encountered in the show to bolster the toy line. Damn, I’m getting excited just thinking about it.